Previously we covered human body part models we carry, today we will show more models that have more detail of joints, organs, etc.

First is the Bone Tissue Model 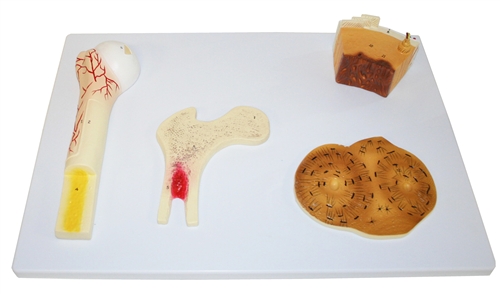 Continuing with Bones we have the Bone Structure Model

This bone structure model is enlarged 80x and demonstrates a section of a lemallar bone, along with the normal structure of a tubular bone. This extremely detailed model utilizes cross and longitudinal sections through all of the levels of bone to demonstrate the individual bone components. The model is 10.5″ x 8″ X 6″

Another close up framed model is the Skin Section Model 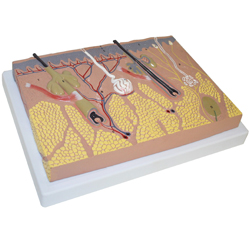 This model depicts a section of human skin and is enlarged 70X. The epidermis, dermis and subcutaneous layers of tissues are shown in great detail. Representations of sweat glands, hair follicles, receptors, motor nerves, blood vessels, sebaceous glands and fatty tissue are also shown. Mounted on a base. 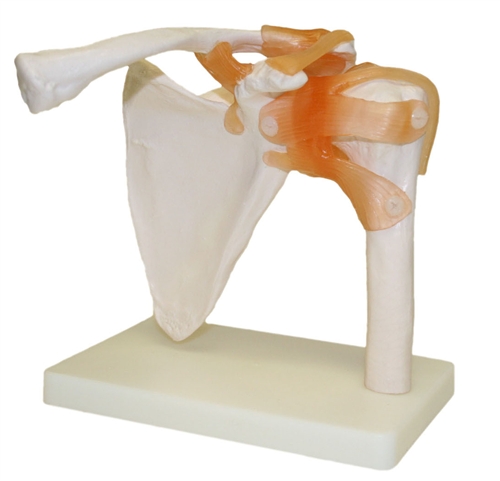 This life-size model depicts the mechanics and detailed anatomy of the human shoulder and provides a great opportunity for student and patient learning. This model features portions of the clavicle, humerus, and shoulder blade as well as the glenohumeral and other ligaments that connect each to one another and allow movement.

Move down the arm we have the Elbow Joint Model:

This life-size model depicts the detailed anatomy of the human elbow joint and provides a great opportunity for student and patient learning. This model features the distal portion of the humerus and the proximal portions of the radius and ulna as well as the smooth articular cartilage and surrounding ligaments.

Although you might not realize it from the chilly outside weather or the impending snow storm that is approaching the Philadelphia region, but Spring is actually coming, and with it some nicer weather. Time to fly some kites! We have several new kites in for the Spring. Here are some of the new ones:

We’ve had 3D Pirate kites in the past, but they got prohibitively expensive. Now this new 3D Pirate Ship Kite is ready to set sail for the skies!

This kite’s main feature is the huge spinner that flies after it! 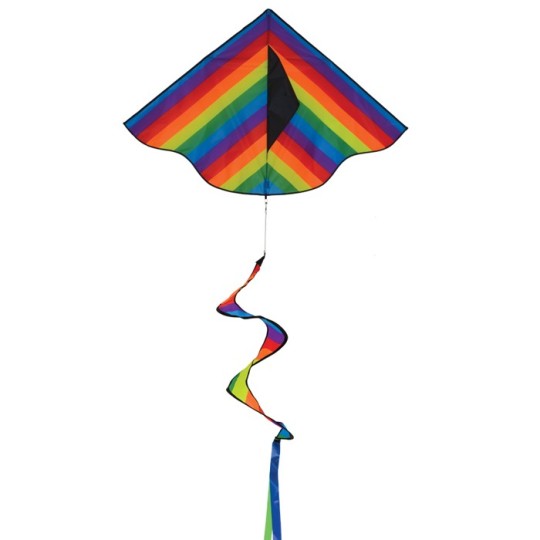 The bright and bold delta kite is easy to fly and sports a 42′ spinning curlie tail.  Great for beginning kite flyers who want a bit more pizazz to their flyers!

These colorful silhouette bird kites span 44″ wide and really stand out in the sunny skies. The birds are available in purple (shown) as well as Teal.

It has been a while since we added new Giant Microbes. They’ve added some things to their line but we weren’t very impressed. But this cycle we have added two new items from their catalog. The first up is the Tapeworm: 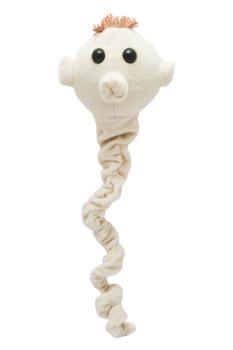 END_OF_DOCUMENT_TOKEN_TO_BE_REPLACED

Telescope Tips: When Buying a telescope, Don’t ask “How Far Can I see?”.

We’ve sold a lot of telescopes to beginning astronomers, and one question that gets asked almost every time is: “How far can I see with this telescope?’.

Sadly, this is not the right question to ask.  Let me explain:

There are objects in the night sky that are a million light years away, such as the Andromeda Galaxy that are visible in even small telescopes. To put that in perspective, you can see an object that is over 6,750,000,000,000,000,000 miles from us and yet a small 60mm refractor telescope can view it given clear skies and low light pollution. The reason? Well, it is a galaxy, made up of over a trillion stars. It’s big. Real big, and fairly bright too, given how far away it is.

By Comparison, take the dwarf-planet Pluto, which despite its recent demotion is still a resident of our solar system. At its closest, Pluto is 648,000,000 miles from Earth (it varies – a lot) How visible is Pluto? Well look at the image of Pluto taken by one of our most powerful telescopes: the Hubble Space Telescope:

As you can see the image is not very impressive.

This standard applies in real life. If you ask someone ‘how far can you see’ when viewing on Earth you won’t get a real concrete answer as well. See what? Exactly. You could probably see a skyscraper from miles and miles away. But ask to read a street sign from two blocks away and you will be hard-pressed to even spot the sign, let alone read it.

A perspective on distance can be found in the excellent cartoon XKCD, which has a comic about distances here, using a logarithmic chart. We had this question put to us so often that we ended up buying the poster to explain to customers how the Universe is sized.

So the question that should be asked is not ‘how far can I see’ but rather ‘what can I see’ with the telescope.

In answer to that question we find that at a minimum a telescope, even a small one, should be able to view:

1) The Moon, with sharp details of the craters

3) Mars, without much detail

4) Saturn and its rings

5) Jupiter, with a hint of its banding as well as the Galilean satellites

6) Neptune & Uranus, with only minimal details

7) The brighter Deep Sky objects, such as the Orion Nebula, Andromeda Galaxy & so on, assuming conditions

Now keep in mind when we say ‘view’, we mean view with some clarity, and some ability to recognize the object. Any cheap telescope can see Saturn, but if it just an amorphous blob through the cheap lenses what good is it? You should be able to identify that it is in fact a planet with rings around it. It might look like a cartoon of an eye, but it will obviously be Saturn.

Now of course, as you improve the quality of your telescope (namely, increase the aperture of the lens or mirror) the image of these objects will increase as well. Saturn will go from being that carton eye to actually having some more details, and eventually you might make out the Cassini Division (the major separation of Saturn’s rings). Jupiter might have more bands become visible. So on and so on.

So the real question(s) should be “What can I see and how well can I see it?”

Anatomical models are a great seller for us. We’ve got a wide variety at excellent prices and now we’ve added a few more. Let’s take a look:

We’ll start with the Muscles of the Human Leg -13 Parts Model.