REPOST – Astronomy Hints #10 So you got a telescope for the holidays:

Be it X-mas, Hannukah, Kwanza, Solstice or Giftmas this is the season for getting telescopes as gifts.  Sadly, many of these scopes might be rushed into usage and some critical steps might be

skipped. This can result in a frustrating experience for a budding young astronomer who may give up their new hobby prematurely. This can be avoided if you only take the time and a few precautions to make certain you get the baby steps out of the way without too much tripping and falling.

1) Do as much as you can during daytime first!

I can’t stress this too much. Many folks assume they can assemble their telescope right out of the box at their chosen viewing spot – in the dark. Suffice it to say this is not a good idea.  That is an extreme example but you should also try working your scope and getting the ‘feel’ for it during the daytime as much as possible. Take you telescope outside during the daytime and point it at a nearby tree or other object (the object should be at least 1/4 mile away).  Use this object to align the finder scope (see below) as well as test how the eyepiece focuses. Try changing your eyepieces between the low and high powered ones to see how that works as well. Move the telescope in large movements as well as using the slow motion controls as well. When you do these things in the daylight you can get a much better feel for how they should work than if you try them at night. Also if you drop an eyepiece or loosen a screw you have a decent chance to find it. Get your mistakes out of the way when the sun is up.

This should go without saying, but it is amazing how many folks skip a few steps or don’t attach parts, or don’t read the instructions properly. We’ve seen telescopes in for “repairs” just after the holidays that were just put together wrong, or some critical final steps were ignored (slow motion controls not attached, counterweights not placed).  Most of the time, there are very few non-critical elements of a telescope’s construction. So be sure to follow the assembly procedure carefully. Allow yourself a couple of hours as well (maybe three hours for certain models of dobsonian telescopes) for the assembly. Don’t assume you can just put it together a 1/2 hour before you plan to head out and view.

Get the point? Many folks ignore this step until the last minute and we can tell you that trying to work a telescope without an aligned finger is very,very, very hard. Even the lower

magnifications on a short focal length telescope only see a little under 1 arc degree of the sky. This is a tiny portion of the sky so hoping to find an object with just the eyepiece is really hard to do. There is a reason why almost all telescopes come with a finder scope. So make sure to align it (During the daytime per suggestion #1) . If your telescope comes with a red-dot finder instead of an optical finder scope, be certain to carefully align that as well during the daytime – and don’t forget to switch it off! A dead battery in a red dot finder is nobody’s friend.

4) Did you get an Equatorial mount? Figure out how it moves!

An equatorial mount has some great advantages over a regular altazimuth (altitude-azimuth) mount. It can track, be motorized, and the larger ones can even be used with setting circles to locate objects in the night sky. But these are only true if you take advantage of the equatorial mount’s features and set it up properly. During the daytime (suggestion #1 again!)  try a rudimentary set-up of the equatorial mount. This does not have to be super accurate as some telescope’s instruction manuals may require, just enough to get mostly accurate tracking for a little while.  Perhaps more importantly, get a feel for how the telescope moves – you are used to moving things in an up/down left/right fashion. Now you need to get used to moving the telescope in declination and right ascension. Try moving the telescope from one target to another using the mount properly during the daytime to get a better sense of it. One thing to keep in mind is that the counterweight is there for a reason – it shouldn’t be pointing down all the time.

Many folks go out with their telescope and just point it at the brightest thing in the sky. This is fine if the brightest object is a planet or the Moon, as there is lots to see. But very often at this time of year the planets might not be out until very late and the brightest thing in the sky is the star Sirius.  Problem is, Sirius is just a star and stars appear as just a point of light even when magnified through your telescope. This can be a very boring target and can be disappointing if it is the only bright object. So make certain before you go out for your first night’s viewing that you know what will be up! Most telescopes these days come with some rudimentary planetarium software that can show you what the sky will be like on any night. Failing that there are online websites that do the same thing (sometimes better). Planipheres can also be used, and if you have a Smartphone or pad you should download a planetarium app like Google Sky (its free). Depending on what time of the month it is, the Moon may not be up during evening hours. Since we suggest the Moon as a great first target for your telescope you might want to wait for it. Failing that, try to look for the brighter planets.

6) Got a computerized telescope? You might want to ignore it -at first.

And by that we mean the computer, not the telescope. Some models of computerized telescope don’t allow you to operate the telescope without the computer, but if you can try to figure out as much as you can without computer aid before you even start using it. Computers often make many things in our lives easier, but they can also frustrate you -a lot. Most computerized telescopes may require you to have at least some knowledge of the night sky to set up the alignment system (the telescope usually needs to be aimed at a couple of stars to align). This can mean that if you don’t know what stars to point at or if the system is a bit off because a tripod leg is set short than another you can spend a lot of time trying to get the computer to act properly and get frustrated. So rather than doing that spend some time getting familiar with the night sky first by using your scope on bright, easy-to-find objects.

There’s a host of information for astronomy newbies on the internet and in books. Amateur astronomers are very keen on sharing their knowledge and experience with you. Check out the major magazines online websites such as Sky & Telescope or  Astronomy. There are a zillion astronomy websites with forums as well you might wish to peruse. Even on this blog we have a collection of Telescope Tips you should check out for helpful advice. Also consider joining or at least contacting your local astronomy club – you can find all kinds of help from them, as well as many other benefits from membership (such as loaner equipment).

If your first night with your telescope is a good one, then you’ll have a much better time with the hobby. But always remember a little planning goes a long way!

OK, I admit I am not the most astute and trendy person. When the overwhelming internet meme ‘Gangnam-Style’ hit the web I managed to avoid seeing much of it. But it was not completely avoidable – it seems that the music inspired a huge number of parodies, imitations, and outright spammers (check out how many youtube videos claim to be ‘Gangnam-style’ while at the same time having posting dates from 2-3 years ago…yeah….)

But now jumping in the fun is of all groups: NASA. They have made this video “NASA Johnson Style”. I guess Cape Canaveral Style didn’t fit as well. It is awesome and fun:

Thank you NASA. NOW GET THIS TUNE OUT OF MY SKULL!

Great fun – wind it up and watch it zoom around like crazy, flip itself over and spin itself dizzy. We have other Wind-ups as well, such as the Sidewinder Snake, the Sideways Walking Crab and more!
4 pc Finger Lights 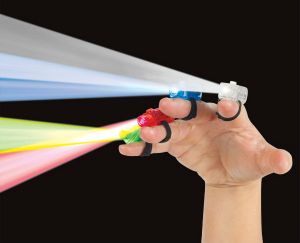 4 LED flashlights, each a different color (red, blue, green, white) that wrap around your fingers. Great fun for dance parties or for kids!

Wear these Spy Glasses to see if anyone is following you! Special mirrored sides of the lenses allow you a rear-view mirror view! 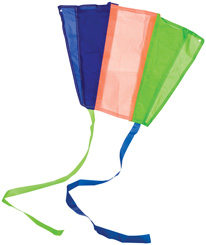 A kite you can take anywhere! Folds up into it own little round box (included). Simply unfold it and fly it!

Make picture with light! This little portable light peg toy lets you make pretty images with the pegs. It even has a way to store the pegs when not in use! 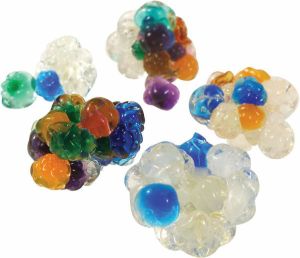 Drop a Spider Ball into water and be amazed as a multitude of multicolored balls will burst forth from the green sac and grow up to 100 times its size within hours! They can be tossed, squished, and rolled!