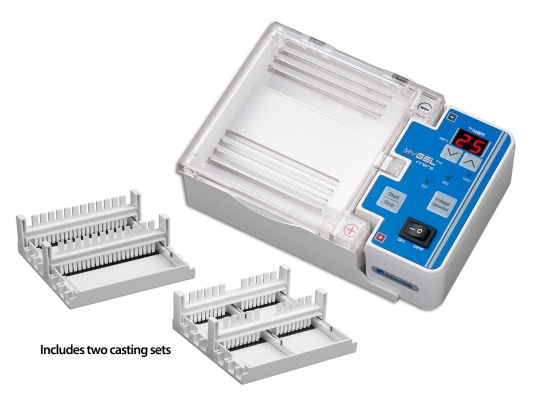 END_OF_DOCUMENT_TOKEN_TO_BE_REPLACED

So with a vacation the horizon and many things to take care of before then there isn’t much time to put together a thoughtful post about neat science products. So we’ll laze out and show some nifty videos of some of the items we sell in action!

First up is the new Tin Can Cable Car

Then we have the also new Table Top Robot

And finally (for today) Bubble Science!

There are a fair number of Laser Optics kits for classrooms on the market, but most of them are design for only  a few purposes in demonstrating the properties of optics, lasers, and the like. The United Scientific Laser Optics Demonstrator works as a comprehensive optical demonstration system.

The core of the Demonstrator is a built-in He-Ne (Helium-Neon) laser. Unlike budget systems that may use a LED Laser (which can produce square shaped target dots). In addition the set includes a deflection system, ray optics board, and 30 optical quality glass components on carriers, three magnetic base supports and mechanical stage for wave optics.

The He-Ne laser is mounted horizontally in the demonstrator and the beam is diverted up towards the five mirrors. Each of these mirrors is only partially aluminized  so that a fraction of the beam is deflected onto the white optics board to create a ray bundle.

On the white board is a 360 degree graduated table for measurement.  The table has a knob on the back of the board so that it can be rotated. In the dead center of the table is a mount where the various glass optical components can be mounted – Demonstration lenes (convex, concave) prisms, mirrors and other optical instruments.  Fiber optics are also included.

In addition to these optical ray systems the Laser Optics Demonstrator can be used for several light wave experiments. The base holds the various magnetic base supports that are included with the demonstrator. These components include lenses, polarizers, an air wedge, bi-prism, interference apertures, obstacles. Many interferenc 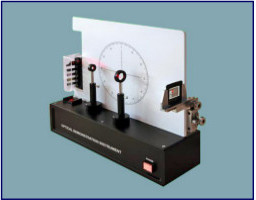 Iron Pyrite! Such a popular mineral in our store. Let’s get started!

1) Iron Pyrite is known as “Fool’s Gold” because of its golden luster. Although many an old Western storyline may have involved a prospector thinking he’s hit

paydirt but actually just found Iron Pyrite, this is actually very unlikely since the structure of Fool’s Gold is cubical in nature, while gold nuggets and flakes show no such features. Fool’s Gold is also much brighter and shinier in color than unpolished gold. Any but the most green of prospectors would be able to tell the difference.

ite doesn’t have a lot of industrial uses (although it was once a source for sulfur and sulfuric acid) , but one of the odder uses for it was for igniting gunpowder in old wheelock pistols and musket.Pieces of Pyrite where put in a ‘jaw’ that clamped down on the Pyrite. The jaw would then be placed against a wound up steel wheel. All of this was next to a primer of gunpowder. When the trigger was pulled the wheel would spin, striking the Pyrite and causing sparks. The powder would ignite and fire the weapon. Later weapons would use pieces  of flint, but pyrite was used at first because you didn’t need to shape the pieces beyond getting a chunk big enough to fit in the ‘jaw’ of the weapon. Pyrite is brittle and tended to crumble  easily, so it probably wasn’t the best choice.

3) As mentioned above, Iron Pyrite forms in cubes that either clump to make ‘nuggets’ together or grow larger

individually in a matrix. The clusters/nuggets tend to shine and seem sparkly because the light is reflecting off various sides of the cubes.  Another form taken is a ‘Sun’ where Pyrite crystals form outward from a central cluster of pyrite cubes – this makes for a crude image of the sun with rays much like how a child would draw it.

4) Pyrite is actually unstable and oxidizes when exposed to air or water. Not a big concern with large pieces that are sold, but in mines where Pyrite dust is kicked up and oxidizes there can be actual mine explosions if the Pyrite dust in the air is exposed to an ignition source. Pyrite’s oxidation also weakens it, which is why it has little use in industry (although it does appear in some building stones simply because there is little structural threat and too costly to exclude).

Want to buy your own Iron Pyrite?

The Price of Neodymium – Are we stable?

It has been 9 months since we did an article on the price of Rare Earth Magnet material, Neodymium. At that time to price was doing see-saws from 75 to 105 in price per kg:

So what has gone on those past 9 months? Not a whole lot, actually. Have a look at the latest movement:

Now it may look like there are some dramatic drops in price there if you look closely at the scale you will note the price variations are only $2 per kg. That makes the movement on the chart much less varied than the $30/kg variations it was experiencing last year around this time.

Has anything happened to cause this? Not much that we can determine. Mexico is considering adding itself to the list of Neodymium producers, but this is recent and does not seem to have done much to the price. Demand for electronics has not exactly spiked nor crashed. It may simply be that the wildcat speculators have left the market after making their profits or losing their shirts. The resulting market may simply be a more natural one without the roller-coaster effect speculation can bring.

We’ve already covered the details on United Scientific’s Foucault Pendulum Apparatus just under a year ago, but now United has produced a video to explain and show the Pendulum in operation. Have a watch:

Want to buy the Foucault Pendulum?

Moon as Art (courtesy of the Lunar Reconaissance Orbiter) 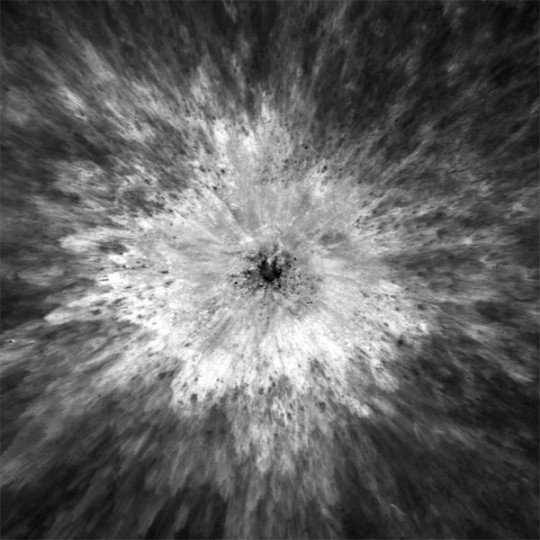 Last month, as part of its 5th anniversary,  NASA released a whole bunch of incredibly gorgeous photos  taken by the Lunar Reconnaissance Orbiter of the Moon as part of the ‘Moon as Art‘ display. Intense details, craters, and other features have never been seen before at such a high resolution. Take a nice look over at the LRO website and enjoy the imagery!

New (or improved) kits from fischertechnik

As part of our line of Classroom robotics we have carried a selection of fischertechnik’s fine robotic products. Now two more have come into play – 1 an upgrade of a popular kit, the other a new entry. Let’s start with the upgraded kit:

The LT Beginner’s Kit is a beginners package for robotics for kids starting from 8 years old. It contains over 200 components including sensors, actuators, motors and more: 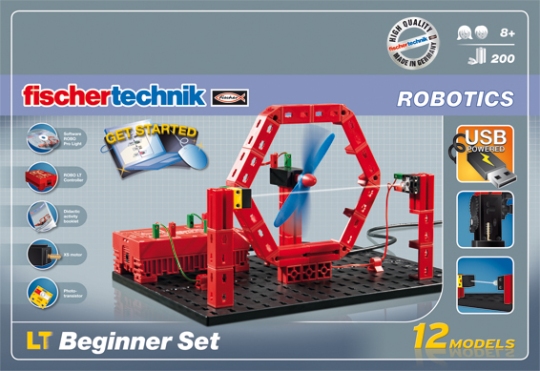