Metal Earth models by Fascination have been picking up licenses for their nifty little laser-cut sheet metal models at an astonishing rate. They’ve already procured a Star Wars line of models and may be adding more soon.  But now they have added that other famous science fiction franchise: Star Trek 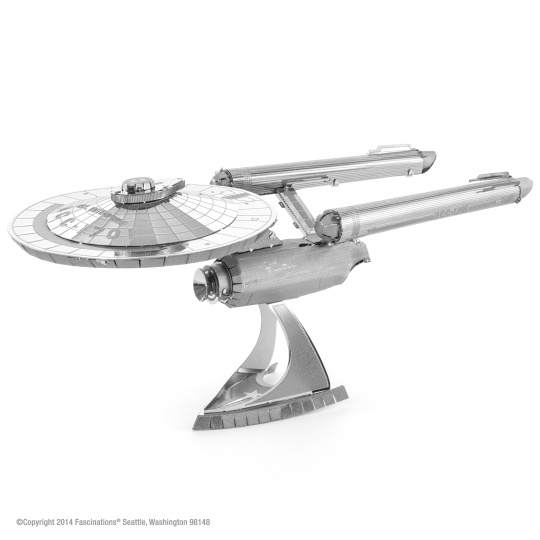 The classic original series USS Enterpise (NCC-1701) is the first entry into this line.  The models is over 4″ long and includes a base.

Following up on this is the starship from the 80’s Next Generation series, The USS Enterprise NCC-1701D

Saucer does not detach. French captain with English accent not included.

This model also includes the stand and detailing as seen in the series. Both stands are actually the Federation symbol.

But of course we can’t have all Federation starships, so we include a Klingon Bird of Prey from the Next Generation series. 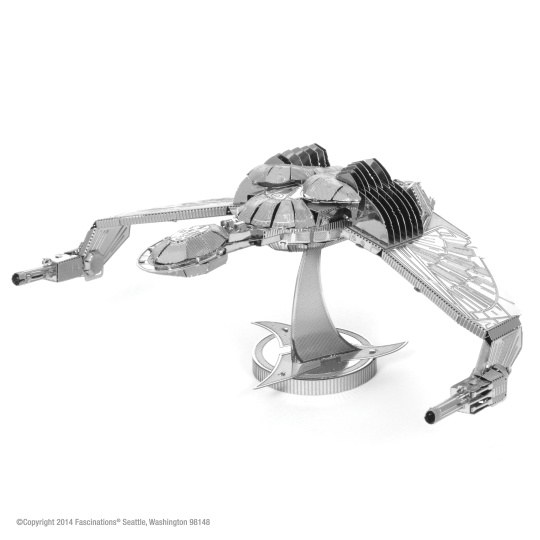 The model has excellent detail based on the Next Generation series ships, and the included stand is modeled after the Klingon Empire’s symbol.

The final entry into the Star Trek line of metal models is the Vor’Chaa class attack cruiser. Which was seen in both the Next Generation and Deep Space 9:

All models are made from 2-sheets of laser cut steel and can be assembled in 45 minutes. No glue is required.

Buckyballs, ALL rare-earth spherical magnets to be banned. But is the CPSC being honest?