We’ve been waiting to get these for a while. A lot of little delays happened with production and ordering but now we can happily say that we now have METAL EARTH STAR WARS MODELS!

For those of you unfamiliar, Metal Earth is a set of models made from laser-cut sheets of steel. The come in simple envelopes and are used to make things like Sailing Ships, Tanks, Planes, historic buildings, and so on. The models are small (3-4″ typically), but have insane levels of detail.  A few of the models were licensed, but they never really added any big lines. Until now: 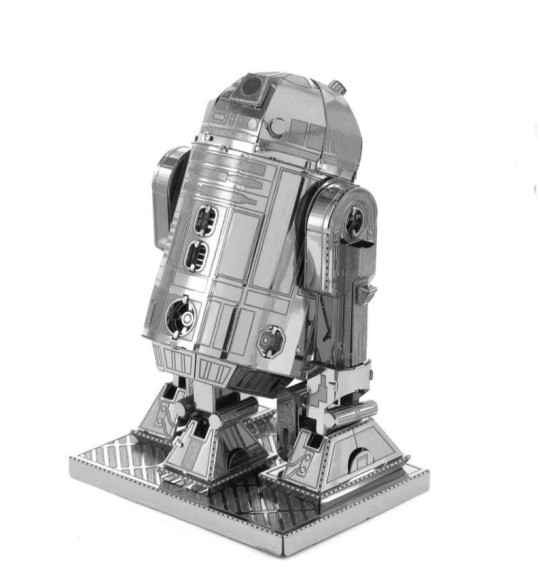 That’s right, Metal Earth has Star Wars models! Above you see the R2D2 model which stands 3″ tall with the usual insane amount of detail you expect. Restraining bolt, carbon scoring, and fire extinguisher are not included.

Then we have the most famous of Space Smuggler’s ships, the Millennium Falcon: 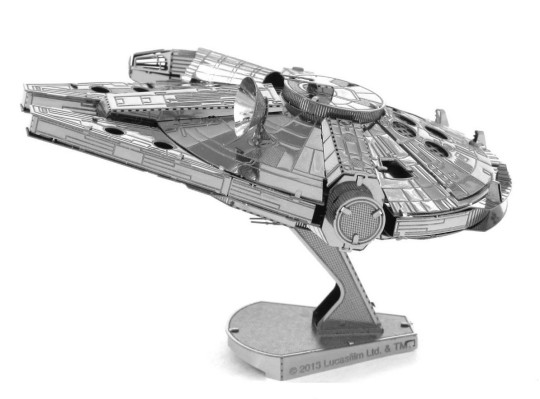 The Millennium Falcon model is 3.65″ Wide and 2.85″ Long. Hidden cargo holds not included.

Then we have everyone’s favorite Rebel stomping machine the AT-AT Walker!

With some fishing line or thread your can even set it up in a ‘Trip Me’ diorama!

At last we have the deadly Darth Vader’s TIE Fighter (OK, it is really the TIE Advanced) 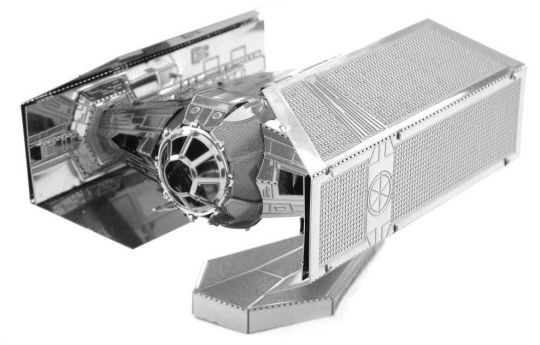 The assembled fighter is 2.5″ x 2.25′ Wide. Flinging it against Death Star trench walls is not recommended.

Fascinations may produce more models in the near future (we need an X-Wing Fighter!) keep your eyes open!

Do We Dewar? Yes we Do! Dewar Flasks from SciLogex