For years we have sold quite a bit of Crazy Aaron’s Thinking Putty: The ones that glow, the ones that change color in your hand, andthe putty that is clear as glass! 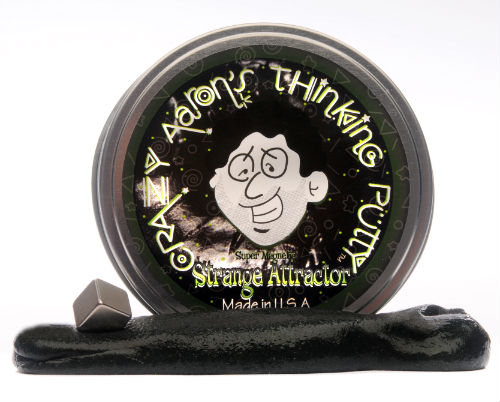 Strange Attractor has been a dark, black putty that did a really neat thing: It could be magnetized. Put it next to a magnet and it would be like rubbing a nail on a magnet – it picks up some magnetism of its own!

But the best part is when you put the magnet on the Strange Attractor and watched it pull the magnet into itself:

This feature has always made it one of our favorite putties, but the Strange Attractor wasn’t very colorful being just black in color. A silver one was also made but wasn’t really very impressive. But now the Super Magnet Putties are available in colors!

The Tidal Wave isn’t just nice and blue, the iridescent blue will actually reveal ripples of magnetic field lines after engulfing its magnet!

Next up is the Reactive Razz Super Magnetic Thinking Putty 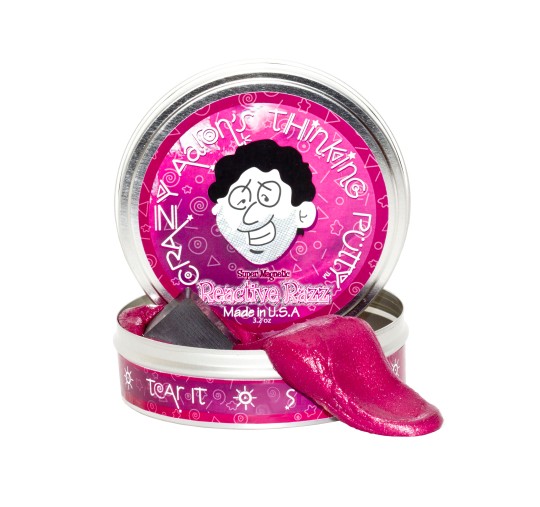 These new putties add a whole new world of color to the Super Magnetic line of thinking putty. Get one today!

Want to see other Magnetic Toys?